These are my notes on the Vietnam anti-war movement. This is not a full-blown article.

I was once at a party where a group of conservatives were discussing the Vietnam War. A woman said, “We lost the war because of all the hippies making a commotion.” The rest of the group agreed. Knowing that I was not a conservative, she looked at me and caught me rolling my eyes. She said, “Oh, I'm sorry Ed. I didn't know you were a hippie.” The logic of the conservative mind is a bewildering thing to behold.

At no point during the evening did I hear any of them say anything that was historically accurate about Vietnam or most other subjects. So, I started doing research about Vietnam so I could counter these people when I saw them again. These notes are part of that research.

It wasn't just "hippies" who opposed the war. It was people from all walks of life as this photo shows. There are thousands of photos of Vietnam War protests that show a diversity of people participating.

This timeline shows Vietnam anti-war events as well as other events related to the war. Most links in this timeline do not appear in the Bibliography.

Mention Jane Fonda to conservatives and their moral outrage explodes. Their folklore has her responsible for the loss of the Vietnam War, the mistreatment of soldiers upon returning home, and the death of at least one American prisoner of war in Hanoi.

Her trip to North Vietnam in 1972 occurred towards the end of the Vietnam War. She didn't start the anti-war movement. It was in full swing already.

It wasn't Jane Fonda who solely turned many Americans against soldiers returning from Vietnam. Americans were already outraged four years earlier (1968) by the murders of 347 civilians in My Lai by American soldiers. Although twenty-six soldiers were charged with criminal offenses, only Lieutenant William Calley Jr. was convicted. He was found guilty of killing 22 villagers. He only served three and a half years under house arrest. The outrage over this bolstered the anti-war movement.

In November 1969 and April 1971, about 500,000 people demonstrated against the war in Washington D.C. Photos of those protests clearly show a cross section of society - not just hippies.

By the time Fonda traveled to North Vietnam, the majority of Americans were against the war and many saw Fonda's trip as an effort to bring the unpopular war to an end. Still, there are many who see Fonda's trip as treasonous regardless of the war's unpopularity.

There's a persistent lie told about Fonda that resists efforts to suppress it. That is, a POW handed Fonda a note to be taken back to the U.S. but she gave it to one of the guards. Versions of the story have the prisoner beaten or killed. Here's a link to a Snopes Fact Check page that declares the story false:

Learning about the Vietnam War is significantly aided by knowing what Robert McNamara has to say about it. McNamara was the Secretary of Defense from 1961 to 1968, serving during the Kennedy and Johnson administrations. In 2003, he participated in a documentary called The Fog of War. You should watch it.

After watching the video, it's clear that McNamara thought that the war was a mistake. He admits that the war was seen as part of the global war on Communism by the U.S. administrations but as a civil war by the Vietnamese. The same can be said of Cuba. We seem to have a history of going to war because of a paranoia about Communism.

The cost of the Vietnam War was high in terms of both taxpayer dollars and the impact on the soldiers fighting the war. This is from the History.com web site:

According to a survey by the Veterans Administration, some 500,000 of the 3 million troops who served in Vietnam suffered from post-traumatic stress disorder, and rates of divorce, suicide, alcoholism and drug addiction were markedly higher among veterans.

Protests over the Vietnam War included people making the ultimate statement. They killed themselves by lighting themselves on fire - a process called self-immolation. The photo is of Buddist monk Thích Quảng Đức self-immolation in Saigon in 1963. He was the first of many.

This is a list of all those who self-immolated because of the Vietnam War. I couldn't find information about most of them on the Internet. I had to go back to the newspapers published at the time.

Self-immolation is still used today by Tibetans protesting the occupation of their country by China.

Not all suicides to protest the Vietnam War were by self-immolation. New Jersey teenagers Craig Badiali and Joan Fox killed themselves on October 16, 1969 via asphyxiation from car exhaust. 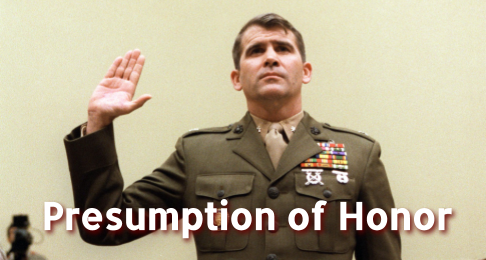