The United States has always had politicians who favored expensive military (mis)adventures instead of diplomacy. This article uses Richard Nixon as an example. During the 1960 race for president, Nixon didn't mind putting his political ambitions over his country's foreign policy. He likely lost the election because of it. 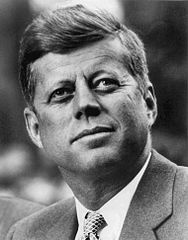 The October 1960 presidential debates between John F. Kennedy and Richard M. Nixon put the tiny Chinese islands of Quemoy and Matsu at center stage. The islands are part of the Republic of China (ROC), the democratic country that occupies the island of Taiwan, then called Formosa. The Communist government of mainland China is the Peoples Republic of China (PRC). These islands are located between 2 to 5 miles off the coast of mainland China and more than 100 miles from Taiwan.

At issue in the debates was the defense of these two tiny islands by ROC, a United States ally. The Formosa Resolution of 1955 gave the U.S. President the authority to defend Formosa and its outlying islands against armed attack by Communist China.

Kennedy's position was that the islands were strategically indefensible, were not essential to the defense of Formosa, and would be too costly to defend. He wanted ROC leader Chiang Kai-shek to abandon them so the United States would not be drawn into a war with mainland China.

This modern day map of the region shows Quemoy was renamed Kinmen and Formosa was renamed Taiwan. This diagram is by Guss (Own work)

Kennedy's position was the same as the Republican president at the time, Dwight D. Eisenhower. Nixon was Eisenhower's vice-president but he disagreed with the president on Quemoy and Matsu. Nixon said that the islands should not be surrendered to the Communists as a matter of principle even though he referred to them as “two little pieces of unimportant real estate.” Some historians claim that Nixon actually said “two little pieces of shit”.

Both islands account for a total of 70 square miles, which is 0.5 percent of Formosa's land mass. Nixon wasn't concerned about cost in American lives and dollars.

Eisenhower and Kennedy had the best interests of their country at heart. They were pragmatists. Both paid attention to the costs of the Korean War and learned a lot from not winning that war. In stark contrast, Nixon seemed willing to have the country pay any price for his belief that not a single acre of land should be lost. If Nixon had won the election, would there have been a Sino-American war being fought concurrent with the Vietnam War? And all because of two tiny islands that Nixon thought were “two little pieces of shit?”

It was Nixon's campaign that brought up the issue of Quemoy and Matsu. Kennedy was responding to it. Kennedy wanted to minimize discussion about the islands during the campaign because he didn't want to undermine Eisenhower's foreign policy. Nixon didn't have the same concern. He said that he would keep the debate alive as long as Kennedy held his position.

During a press conference on August 24, 1960, Eisenhower was asked whether he could give an example of a major idea of Vice President Nixon's that was adopted by the administration. Eisenhower's reply, “If you give me a week, I might think of one.”

The Kennedy campaign used that video in one of their TV ads. Perhaps this was Eisenhower's way of punishing Nixon. Nixon lost the election to Kennedy. It was Kennedy who, two years later, negotiated an end to the Cuban Missile Crisis. How would it have ended if Nixon had won?

It's now 60 years later. What happened to Quemoy and Matsu? Other than Quemoy being renamed to Kinmen, very little. They're still governed by the ROC. Both islands have become tourist attractions for people from both ROC and the PRC.

This video shows Kennedy trying to difuse the issue of Quemoy and Matsu during the 1960 campaign, but Nixon keeps it alive to prevent the campaigns from focusing on other issues.

This video shows a debate between the candidates. The segment on Quemoy and Matsu begins at 4:58. Nixon doubles down on keeping the issue alive. Kennedy mentions “the Pescadores” twice. He's referring to the islands that are about 25 miles from Formosa (Taiwan) shown as Penghu on the map.