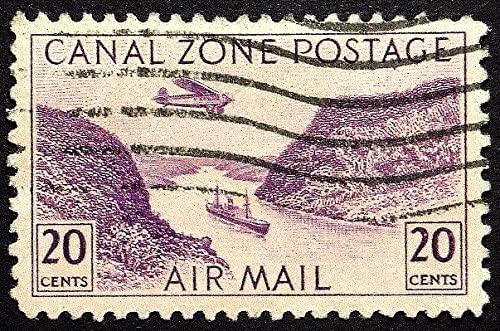 In a 1963 grade school geography class, I learned a lot about the Panama Canal. That the French had tried to build it decades earlier and failed. That locks had to be built to compensate for the difference between sea level at the west and east (see the map below) sides of Panama. That the width of these locks dictated the maximum width of ships that would be built in the future.

I vividly remember wondering what would happen if the locks were left open. Would the Atlantic and Pacific oceans eventually reach the same level? Would the world be a better place because of it?

We learned that the Panamanian land the canal was built on was leased to the U.S. for 99 years. Some of us wondered what would happen to the canal after the lease was up. Our teacher assured us that it would still exist but be governed and run by Panama. Little would change.

Fifteen years later, in 1978, that information about the canal became useful. California governor and former movie actor Ronald Reagan was running for president of the United States. He claimed that the canal was U.S. property—that we owned it. That his opponent, Jimmy Carter, would give it away. No mention of the lease. He debated this with William F. Buckley, Jr. on January 13, 1978. The video (A Firing Line Debate) is listed in the Sources section below.

This didn't jibe with what I had learned in school. Questioning my own memory of the facts, I went to my local library looking for material on Panama. These were the days before the Internet. I found what I was looking for—confirmation that what I had learned fifteen years earlier was correct.

This was the first time I had been confronted with, and paid attention to, a lie of such national significance. Yes, there was a lease, and it expired in 2001. The Canal Zone was not an American possession. Ronald Reagan lied. He wanted the U.S. to practice imperialism and steal land from the Panamanians.

I knew little else about Reagan, but I knew that I couldn't vote for a liar. Little did I know at the time that there were far more significant lies to come—from a president who set us on a course that led to massive social inequality, the destruction of labor unions, and Americans not trusting their government.

I would also learn that many more liars followed Reagan and they were not all from the same political party.

Notice from the map that you'd have to travel in a westerly direction to get to the Atlantic Ocean end of the canal if you were at the Pacific Ocean end. The arrows point to the canal's termini. This has been a source of confusion for Americans (many of whom are geography-challenged normally) at various times in the canal's history. The main source is my memory, but here are other sources.

NY Times: A Movement, a Plan, a Canal

A Firing Line Debate: Resolved: That the Senate Should Ratify the Proposed Panama Canal Treaties

During the Firing Line debate, Reagan makes reference to a Panamanian journalist who committed suicide. This describes that journalist.