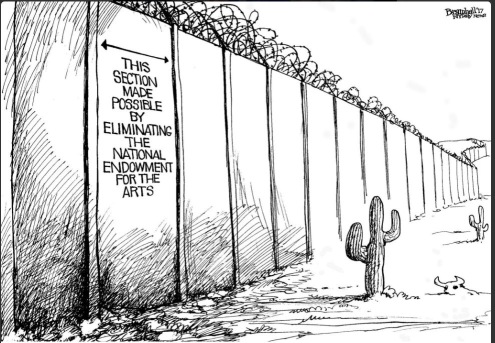 Trump supporters are firmly behind his border wall, with most believing that this is the most important issue of the day. When Trump ran for president in 2000 as the Reform Party candidate, his platform included universal health care and eliminating the national debt. These are two issues that are certainly more important than a border wall but were (and still are) incompatible with the Republican Party platform in 2016, especially since it was Republican administrations that were responsible for that $22 trillion national debt.

Trump was forced to choose another issue to run on and immigration polled well with conservatives.

The ranking is mine but it's difficult trying to rank issues of near-equivalent impact. You can get a good idea of the popularity of these and other issues from polling data. Refer to this Pew Research poll for a breakdown of these issues by party.