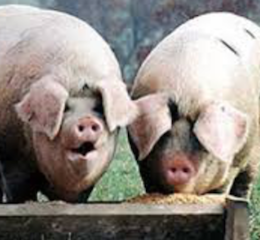 Trump has gotten a reputation for not paying people he owes money to. There are numerous stories in the press about him telling creditors, “What are you going to do about it?” and “Sue me.” This is one of the ways in which he's radicalized the Republican Party, right?

No. The Republican Party was comfortable with not paying their debts long before Trump.

Economists will tell you that tax breaks are a reasonable thing to do when there's a problem to be solved, such as a recession or significant unemployment. But tax breaks cause the government to borrow money to keep the country running. Once the problem is fixed, the taxes have to go back up to repay the loans.

Republicans are skilled at the first part - the tax cuts - but have not yet learned the second part - paying back the loans. These deficits are continually added to the national debt. It's why the debt is over $25 trillion.

Cheney and many other Republicans pull a fast one when asked about the huge national debt. Instead of having to explain why they never pay down the debt, they move the conversation to how the debt is caused by entitlement programs. Here's Cheney doing this to Jake Tapper on CNN:

At the end of this video, a bizarre exchange occurs.

Tapper: “What about paying for the wars; paying for Medicare prescription drug benefits?”

Cheney: “Well, uh, the wars were paid for. I mean, funds were appropriated.”

The wars were paid for because Congress appropriated the funds? I can imagine this exchange with my wife:

When forced to admit that their policies grow the national debt, they'll never say that paying back those loans is a good idea. Here's Mitch McConnell offering a different solution.

Want to understand what Mitch is really saying? Let's run it through the bullshit translator and see what we get:

“There's no upside to paying down the debt. Instead, let's grow the economy so we have enough money to pay the interest on the debt. We don't want the bankers and the wealthy in the U.S., China, Japan, and Russia to miss out on the gravy train. Paying down the debt will only help the U.S. public and there's no political upside to that.”

The Republicans are counting on never-ending growth of the economy to cover for their never-ending over-spending and running up the debt. It's not sustainable. We need to move our economy towards sustainability.